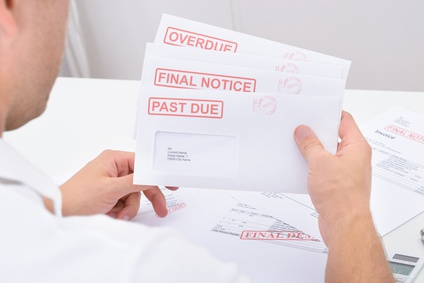 When it comes to filing taxes, many people tend to get stressed out, which often leads to procrastination. Taxpayers, however, are not the only ones to blame for such indecisions. The intricacies of the U.S. Tax Code is a cryptic language for most taxpayers, which is why many people are unable to file their taxes and have to bear various consequences including penalties. To validate the significance of filing taxes before the annual deadline (April 15), in this post, we discuss the penalties taxpayers have to pay for late filing and payment.

The US citizens run the risk of facing heavy penalties or missing out on tax credits worth of thousands of dollars if they wait until the last minute to submit their tax forms. There are two types of penalties that apply if you fail to file or pay. The first one is the failure-to-file penalty, and the other is the failure-to-pay penalty.

Note : If you are supposed to pay both the types of penalties in any given month, the maximum combined amount can be up to 5 percent.

To avoid shelling out your hard-earned money as tax penalties, plan your tax payments well in advance. If you are too cash-strapped to do that, here are a few ways that can be handy to avoid penalties.

A Word of Advice

If you don’t owe any taxes to the IRS or are due a refund, and file late, you will not be penalized. On the other hand, if you have back taxes and still file or pay late, you need to pay penalties. Typically, the failure-to-file penalty is as high as ten times the failure-to-pay penalty, and therefore, it is advisable to file tax returns and pay as much as possible to avoid the late filing fee. You can also consult a reputed tax attorney, who can handle all types of IRS problems, and help you get peace of mind.