Skip to content
My IRSteamLegal NewsBlogTax Evasion is a Road to Nowhere: A Lesson Learned the Hard Way 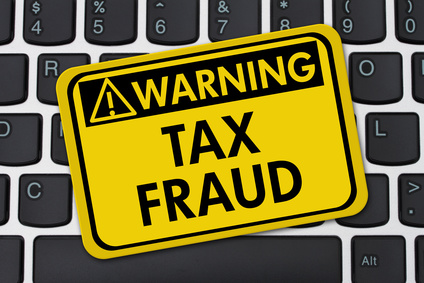 Tax evasion costs the US government billions of dollars in losses every year, which explains why they are one of the biggest concerns of the IRS. There are companies with international subsidiaries in tax haven jurisdictions, established with the sole purpose of evading taxes. A recent study conducted by the University of California, at Berkeley reveals that the total overseas holding of US based companies is approximately $7 trillion – a sum that’s equivalent to the collective value of global gold reserves.

The Thin Line Between “Evasion” and “Avoidance”

What many people don’t know is that tax avoidance (nonpayment after filing) is legal, and taxpayers may leverage the option to reduce their tax liabilities. Tax evasion (non disclosure), on the other hand, is a punishable offense by US law. Surprisingly, despite knowing the possible consequences, many people who choose to walk the line and find themselves on the wrong side of the law.

U.S. vs McBride: A Case that Made Headlines

Jon Y. McBride, a resident of Kaysville, Utah, in 2012, was prosecuted in what can be termed as one of the most prominent tax evasion battles in US history. Jon was convicted for being involved in a “complex tax evasion scheme”, for which he had opened offshore accounts with the Merrill Scott Firm.   McBride didn’t  disclose any of the offshore assets in his 2005 tax filing.

Before the lawsuit entered the court, the IRS sent a number of warnings regarding Jon’s FBAR non-filing, which included the promotional materials regarding his tax evasion scheme and a newspaper article sent by his accountant.

Here’s an excerpt from the verdict:

The Court held Jon guilty of intentional tax evasion and lying to the IRS during the investigation, imposing a sentence of 27 months in prison.

Contrary to popular belief, the IRS promotes tax savings and has provisioned numerous avenues through which taxpayers can reduce their taxable income, and therefore, subsequent taxes. Taxpayers can reduce their tax burden through deductions such as real estate taxes, student loan interest, mortgage interest and retirement contributions. Therefore, rather than trying to fool the system, which is almost certain to backfire, people can take advantage of the legitimate tax saving options. Remember, tax evasion is a criminal offense, punishable by jail time.

If you or someone you know has been avoiding filing taxes, let Nick help you find the way to a solution.  Call us at 972-627-4580 to schedule a complimentary consultation.